Dependency-Track is built using a thin server architecture and an API-first design. API’s are simply at the heart of the platform. Every API is fully documented via Swagger 2.0. 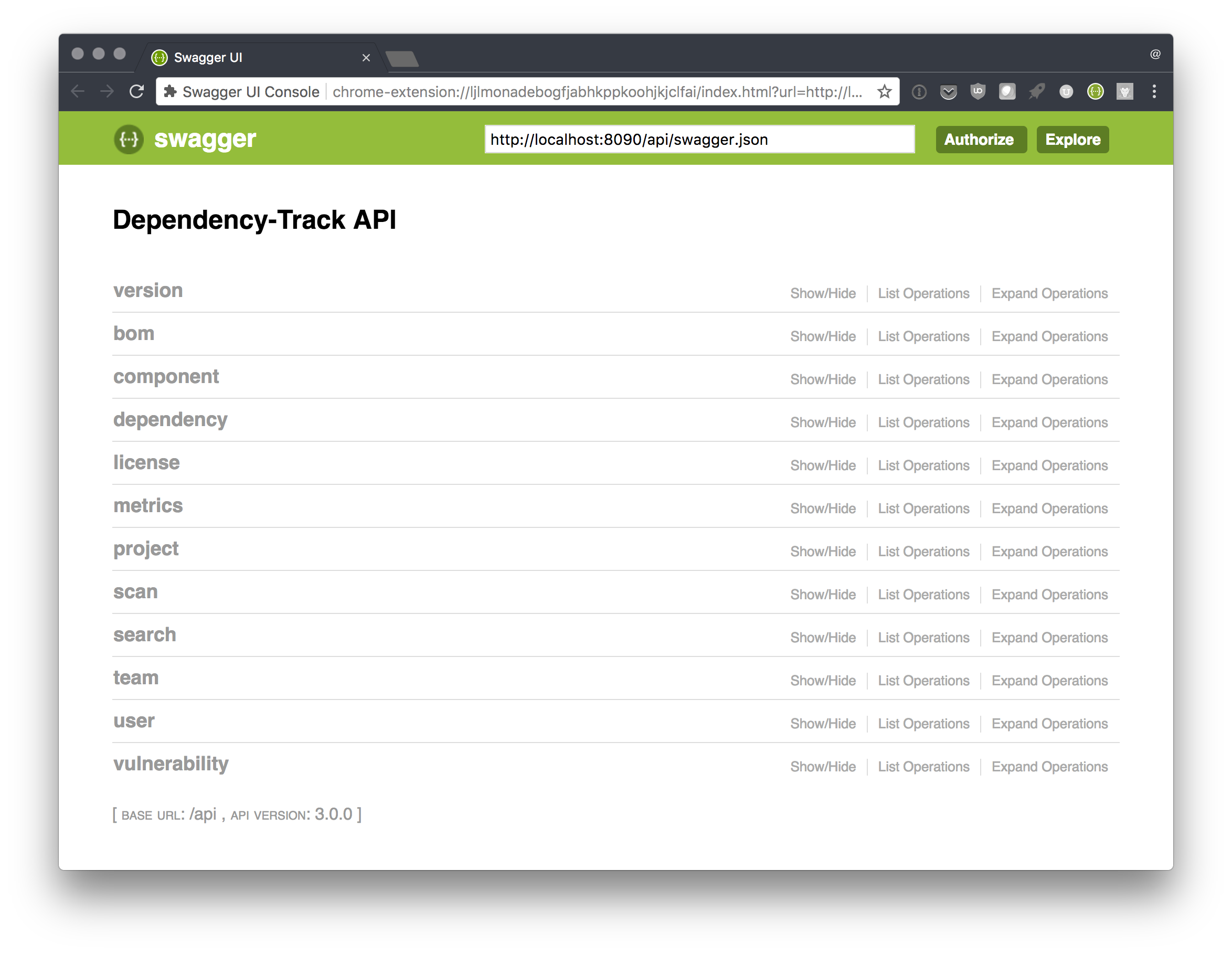 Prior to using the REST APIs, an API Key must be generated. By default, creating a team will also create a corresponding API key. A team may have multiple keys. 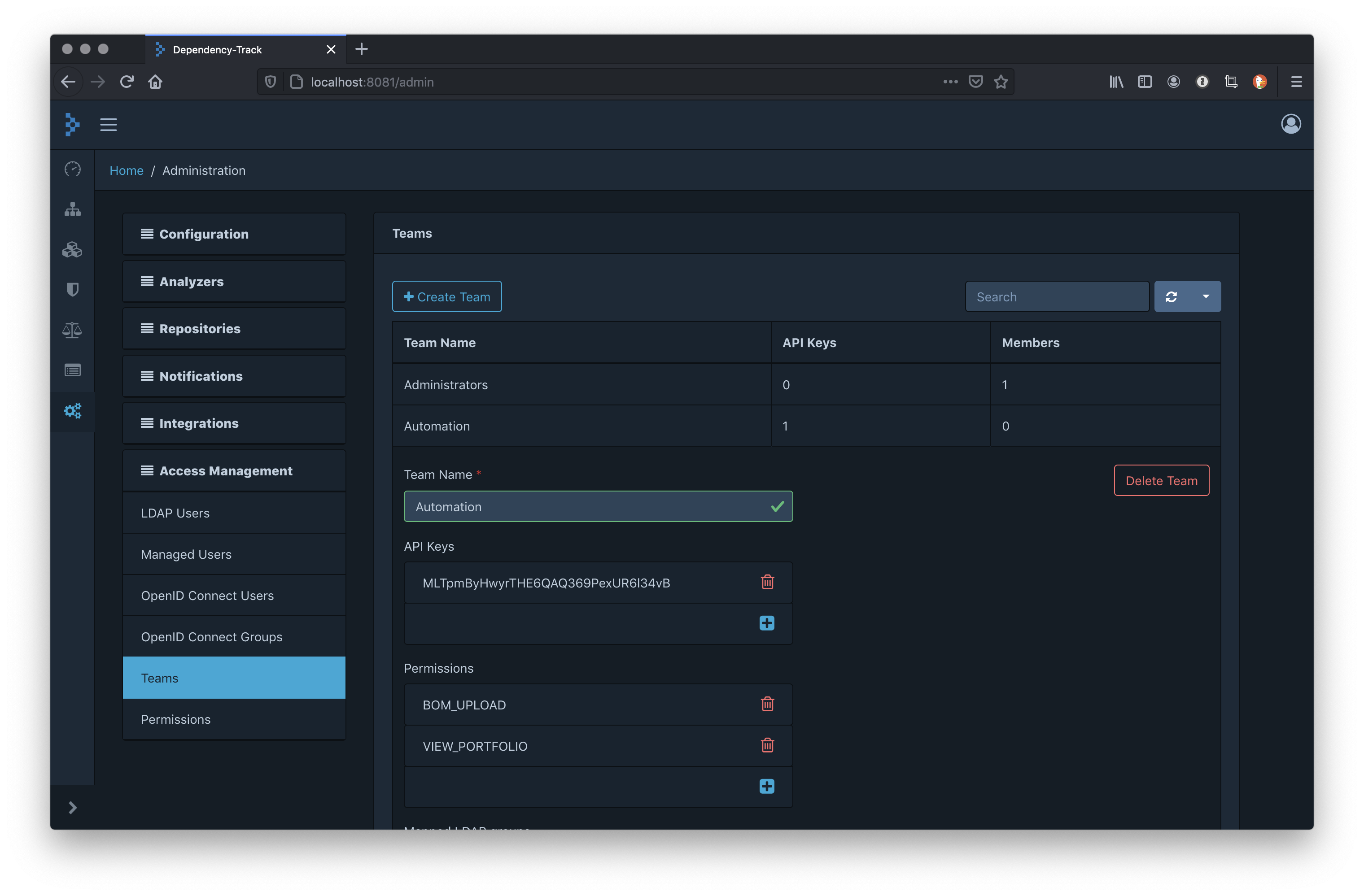